Whilst it doesn’t seem to correlate with the current smartphone trend, Japan’s obsession with flip phones isn’t going to die out soon – fans of anime would be able to tell you that straight away. Whilst the devices appear a lot in Japan’s famous cartoons, in real life the older flip phone is still growing in popularity in the country.

Not only are the devices older and use less advanced technology, but the market in Japan is also producing new models of the devices only available in that country. Shipments of flip phones are growing, and smartphone shipments in Japan are beginning to stagnate, dropping 5.3 percent in 2014 to 27.7 million units shipped.

Meanwhile, the admittedly smaller flip phone market rose 5.7 percent to 10.58 million units shipped during the same year, so it seems gains made by flip phones are accounting for the drop in smartphone sales.

MM Research Institute, a market research company, tracked the sales figures, with the company’s Hideaki Yokota saying “Smartphones are also peaking in terms of functionality and they tend to last a long time as well, so there are fewer renewals.” 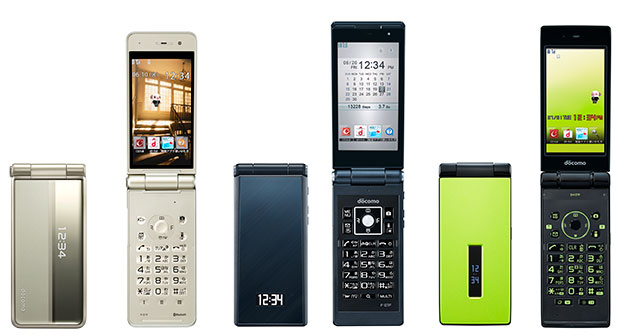 So it might not be such a simple affair if what Yokota says is true – it could just be a temporary shift in the balance of power, as smartphones indeed do last a good long while if properly cared for by users. It’s also a matter of renewals, with users looking to replace flip phones more often since older models are still prevailing in Japan.

But just why are flip phones doing so well in Japan? Long battery life is one of the major factors, due to smaller screens being featured on the devices as well as less power being used overall without the focus on high end components and app optimization typically found on smartphones.

Another thing about flip phones is that without that reliance on apps and internet usage, data plans are often cheaper, and of course that means that contracts are also cheaper. The drawbacks are pretty obvious though – button control only and a lack of apps is also a turn off.

New high powered flip phones are still coming out in Japan – there’s even an Android app capable flip phone with 4G LTE on the way. We won’t be seeing the complete phasing out of the devices over in Japan any time soon, but it’s a refreshing turn of events in a market that’s usually about phones that are mostly similar in design to the iPhone.

It does raise the question whether flip phones might one day evolve smartphone capabilities. Indeed the devices are still admittedly quite cool, and without a doubt the flipping feature is appealing.