Home automation systems are a great new way to make it a lot easier to get your central heating and hot water boiling in order. Systems such as Hive and Google’s Nest are both prominent products in the field, and now it seems that the British Gas partner Hive is to be fully acquired by the energy company.

The Hive home automation system, which is currently installed in around 150,000 homes, controls heating and hot water systems in the home, via a remote controllable thermostat and hub that are integrated with a smartphone app that can be used to tweak settings from your mobile.

SEE ALSO: Why Hasn’t My Phone Got Windows 10?

Previously British Gas had a 21 percent stake in Hive’s creator AlertMe, but now British gas has announced that they have paid up for the rest of the company, with a sum that reportedly totals £44 million in cash money.

British Gas are reportedly going to bring Hive to a bigger audience, hoping to take the product to the global stage with a worldwide release. Google’s product nest will of course be the biggest competitor, but Hive is planned to outdo Nest (for now) in some ways, by reportedly adding door sensors and other home automation products. 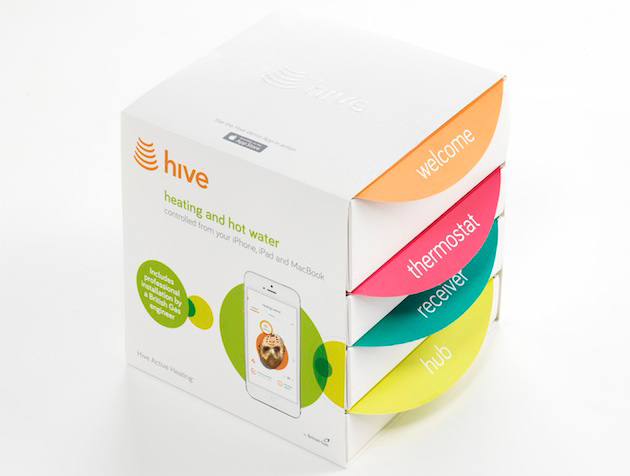 Of course, Nest is planning to go into these new areas as well, and it’ll be up to British Gas and AlertMe to innovate and keep up the pace with the massively funded Google product. Moving into the American market will be the first new step, but according to reports AlertMe already has an office in the US.

The Hive press release following the announcement of the purchase has also spoken of new features coming to the service, including a heating plan setting that allows individual heating zones to be created in a house with different temperatures, as well as a learning feature that works out when you want the heat up or down.

Home automation is going to be the next big thing in everyone’s house, with the same sort of universality as wireless routers when they arrived on the scene, With tech companies like Google as well as energy companies like British Gas getting on board, as opposed to smaller third party firms and start ups, we could be seeing more widespread usage on top of the already growing user bases by the end of the year.

HBO Ask Bar Not To Show Game Of Thrones

Dehydrated Driving As Risky As Being Drunk